Complete the form below to receive the latest headlines and analysts' recommendations for Acorda Therapeutics with our free daily email newsletter:

Shares of Acorda Therapeutics Inc (NASDAQ:ACOR) have been given a consensus recommendation of “Hold” by the nine brokerages that are currently covering the company, MarketBeat reports. Two research analysts have rated the stock with a sell rating, five have issued a hold rating and two have given a buy rating to the company. The average 1-year price objective among analysts that have issued ratings on the stock in the last year is $6.94.

Acorda Therapeutics (NASDAQ:ACOR) last announced its quarterly earnings results on Monday, November 4th. The biopharmaceutical company reported ($0.46) earnings per share (EPS) for the quarter, beating analysts’ consensus estimates of ($0.51) by $0.05. The firm had revenue of $47.72 million for the quarter, compared to the consensus estimate of $43.23 million. Acorda Therapeutics had a negative net margin of 155.89% and a negative return on equity of 12.96%. The business’s quarterly revenue was down 66.6% compared to the same quarter last year. During the same quarter last year, the firm posted $0.17 EPS. As a group, analysts anticipate that Acorda Therapeutics will post -3.05 EPS for the current fiscal year.

Acorda Therapeutics, Inc, a biopharmaceutical company, develops and commercializes therapies for neurological disorders in the United States. The company markets Ampyra (dalfampridine), an oral drug to improve walking in patients with multiple sclerosis (MS); and Selincro, an orally administered drug for the treatment of alcohol dependence in Europe. 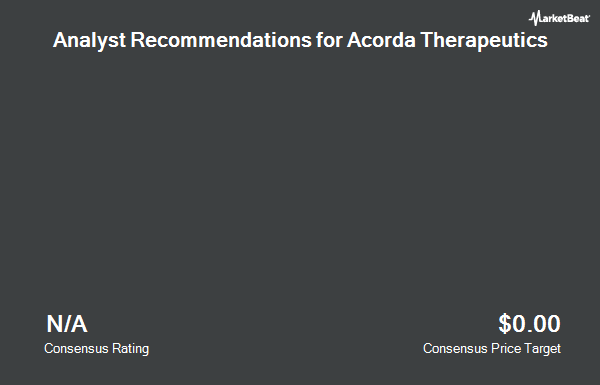 $286.18 Million in Sales Expected for Dolby Laboratories, Inc. This Quarter