Complete the form below to receive the latest headlines and analysts' recommendations for ARBOR RLTY TR I/SH with our free daily email newsletter:

ARBOR RLTY TR I/SH (NYSE:ABR) announced its quarterly earnings data on Friday. The real estate investment trust reported $0.34 EPS for the quarter, beating the Zacks’ consensus estimate of $0.29 by $0.05, Briefing.com reports. ARBOR RLTY TR I/SH had a net margin of 44.18% and a return on equity of 13.03%. During the same period in the prior year, the company earned $0.29 earnings per share. 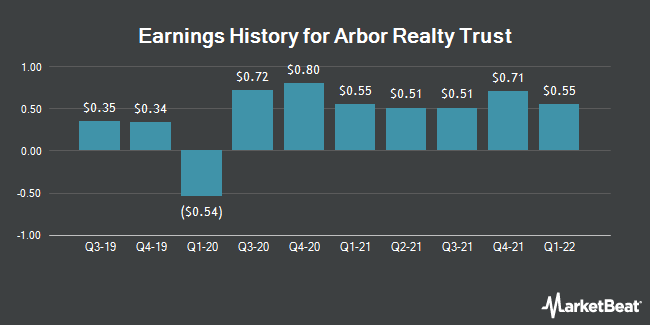 Vivid Coin Trading Down 44.7% This Week