Complete the form below to receive the latest headlines and analysts' recommendations for Cincinnati Bell with our free daily email newsletter:

Cincinnati Bell (NYSE:CBB) issued its quarterly earnings results on Thursday. The utilities provider reported ($0.46) earnings per share (EPS) for the quarter, missing the Zacks’ consensus estimate of ($0.11) by ($0.35), Fidelity Earnings reports. The company had revenue of $390.40 million during the quarter, compared to analyst estimates of $388.57 million. Cincinnati Bell’s quarterly revenue was down 2.2% compared to the same quarter last year. During the same quarter in the prior year, the company earned ($0.55) earnings per share.

In other Cincinnati Bell news, Director Theodore H. Torbeck sold 15,000 shares of the firm’s stock in a transaction on Friday, January 24th. The stock was sold at an average price of $13.31, for a total value of $199,650.00. Following the sale, the director now owns 285,591 shares of the company’s stock, valued at approximately $3,801,216.21. The sale was disclosed in a document filed with the SEC, which is available at the SEC website. Company insiders own 2.40% of the company’s stock.

Cincinnati Bell Inc, together with its subsidiaries, provides diversified telecommunications and technology services to residential and business customers in the United States. It operates in two segments, Entertainment and Communications, and IT Services and Hardware. The Entertainment and Communications segment offers data services, including high-speed Internet access, data transport, and interconnection services, as well as metro-Ethernet products; and voice local services, as well as long distance, digital trunking, switched access, and other value-added services, such as caller identification, voicemail, call waiting, and call return.

Featured Story: What are different types of coverage ratios? 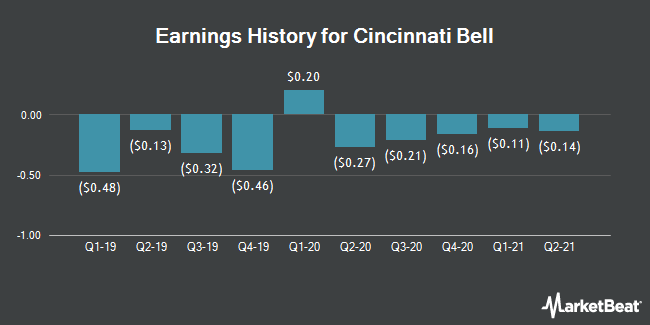