Complete the form below to receive the latest headlines and analysts' recommendations for Guaranty Federal Bancshares with our free daily email newsletter:

Guaranty Federal Bancshares, Inc. (NASDAQ:GFED) declared a quarterly dividend on Monday, June 29th, Wall Street Journal reports. Investors of record on Tuesday, July 7th will be paid a dividend of 0.15 per share by the financial services provider on Friday, July 17th. This represents a $0.60 dividend on an annualized basis and a yield of 3.93%. The ex-dividend date of this dividend is Monday, July 6th. 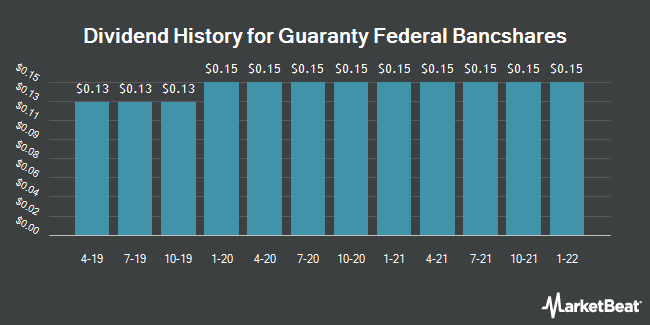 Bitbook Gambling Price Up 6.6% This Week