Complete the form below to receive the latest headlines and analysts' recommendations for Cineplex with our free daily email newsletter:

Cineplex (OTCMKTS:CPXGF) had its price objective reduced by stock analysts at Citigroup from $10.00 to $8.00 in a research report issued to clients and investors on Tuesday, The Fly reports. The firm currently has an “underperform” rating on the stock. Citigroup‘s price target would indicate a potential upside of 13.48% from the company’s previous close.

Featured Story: What is a Backdoor Roth IRA? 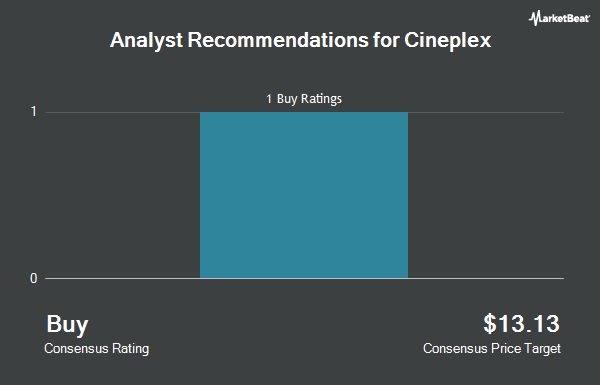 Receive News & Ratings for Cineplex Daily - Enter your email address below to receive a concise daily summary of the latest news and analysts' ratings for Cineplex and related companies with MarketBeat.com's FREE daily email newsletter.

GeoCoin Price Down 1.9% This Week