Complete the form below to receive the latest headlines and analysts' recommendations for Vistagen Therapeutics with our free daily email newsletter:

VTGN has been the subject of several analyst reports. ValuEngine upgraded Vistagen Therapeutics from a “hold” rating to a “buy” rating in a report on Tuesday, March 3rd. Zacks Investment Research raised shares of Vistagen Therapeutics from a “sell” rating to a “hold” rating in a research note on Saturday, April 25th. Finally, Maxim Group reaffirmed a “buy” rating and set a $1.00 target price on shares of Vistagen Therapeutics in a research note on Friday. Three analysts have rated the stock with a hold rating and two have issued a buy rating to the company. The stock currently has a consensus rating of “Hold” and a consensus target price of $0.85.

Featured Article: What are trading strategies for the 52-week high/low? 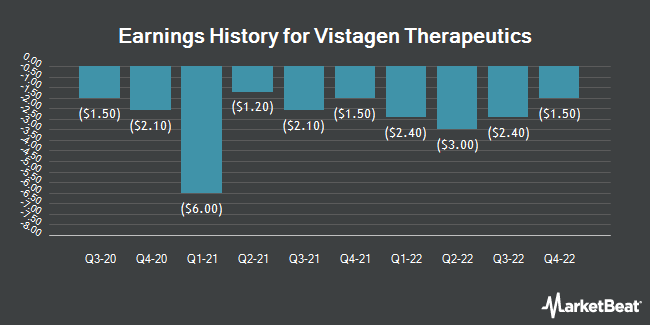 Short Interest in Reinsurance Group of America Inc Rises By 85.2%