Complete the form below to receive the latest headlines and analysts' recommendations for Arcimoto with our free daily email newsletter:

Arcimoto Inc (NASDAQ:FUV) Given Consensus Rating of “Buy” by Brokerages

Shares of Arcimoto Inc (NASDAQ:FUV) have received an average rating of “Buy” from the seven research firms that are presently covering the company, Marketbeat Ratings reports. One investment analyst has rated the stock with a hold recommendation and six have given a buy recommendation to the company. The average 12 month target price among analysts that have issued ratings on the stock in the last year is $7.00.

Arcimoto (NASDAQ:FUV) last announced its earnings results on Thursday, June 11th. The company reported ($0.15) earnings per share for the quarter, meeting the consensus estimate of ($0.15). The company had revenue of $0.62 million during the quarter, compared to the consensus estimate of $1.01 million. Arcimoto had a negative return on equity of 335.19% and a negative net margin of 990.51%. On average, sell-side analysts forecast that Arcimoto will post -0.49 EPS for the current fiscal year.

Arcimoto, Inc designs, develops, manufactures, and sells three-wheeled electric vehicles. The company was formerly known as WTP Inc and changed its name to Arcimoto, Inc in December 2011. Arcimoto, Inc was founded in 2007 and is headquartered in Eugene, Oregon. 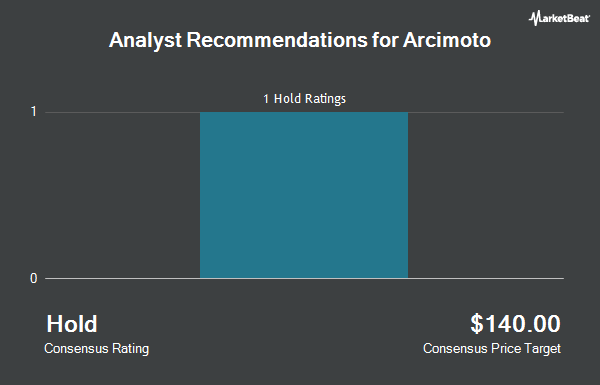 Receive News & Ratings for Arcimoto Daily - Enter your email address below to receive a concise daily summary of the latest news and analysts' ratings for Arcimoto and related companies with MarketBeat.com's FREE daily email newsletter.