Complete the form below to receive the latest headlines and analysts' recommendations for ACI Worldwide with our free daily email newsletter:

Research analysts at Compass Point started coverage on shares of ACI Worldwide (NASDAQ:ACIW) in a research report issued to clients and investors on Wednesday, The Fly reports. The firm set a “buy” rating on the technology company’s stock.

ACI Worldwide (NASDAQ:ACIW) last released its quarterly earnings data on Thursday, August 6th. The technology company reported $0.12 earnings per share for the quarter, topping the Zacks’ consensus estimate of ($0.05) by $0.17. The company had revenue of $299.91 million for the quarter, compared to analyst estimates of $297.37 million. ACI Worldwide had a return on equity of 8.79% and a net margin of 5.72%. The firm’s revenue for the quarter was up .8% compared to the same quarter last year. During the same quarter in the previous year, the company posted $0.05 earnings per share.

In related news, EVP Dennis Byrnes sold 35,133 shares of the company’s stock in a transaction dated Tuesday, August 25th. The stock was sold at an average price of $30.05, for a total value of $1,055,746.65. The sale was disclosed in a legal filing with the Securities & Exchange Commission, which is available through the SEC website. 4.37% of the stock is owned by corporate insiders. 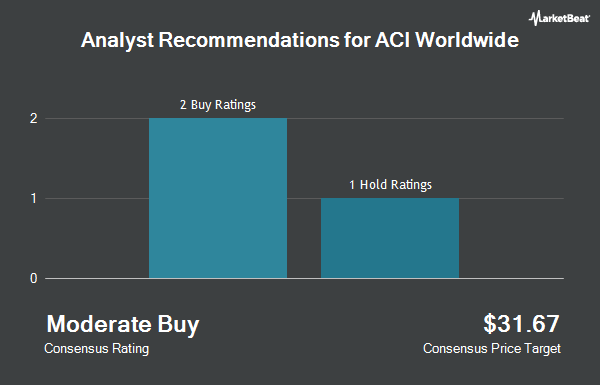 VideoCoin Trading Down 1% This Week