Complete the form below to receive the latest headlines and analysts' recommendations for Varonis Systems with our free daily email newsletter:

Stephens Investment Management Group LLC boosted its holdings in Varonis Systems Inc (NASDAQ:VRNS) by 59.7% during the second quarter, according to its most recent 13F filing with the Securities & Exchange Commission. The fund owned 182,639 shares of the technology company’s stock after acquiring an additional 68,240 shares during the quarter. Stephens Investment Management Group LLC owned 0.58% of Varonis Systems worth $16,160,000 at the end of the most recent reporting period.

Varonis Systems (NASDAQ:VRNS) last announced its earnings results on Monday, August 3rd. The technology company reported ($0.15) earnings per share (EPS) for the quarter, topping the consensus estimate of ($0.35) by $0.20. Varonis Systems had a negative return on equity of 97.77% and a negative net margin of 33.75%. The firm had revenue of $66.57 million during the quarter, compared to analyst estimates of $56.89 million. During the same quarter in the prior year, the company earned ($0.30) EPS. The business’s revenue was up 11.6% compared to the same quarter last year. Equities research analysts expect that Varonis Systems Inc will post -2.73 EPS for the current fiscal year.

Varonis Systems, Inc provides software products and services that allow enterprises to manage, analyze, and secure enterprise data. Its software allows enterprises to protect data stored on premises and in the cloud, including sensitive files and emails; confidential customer, and patient and employee data; financial records; strategic and product plans; and other intellectual property. 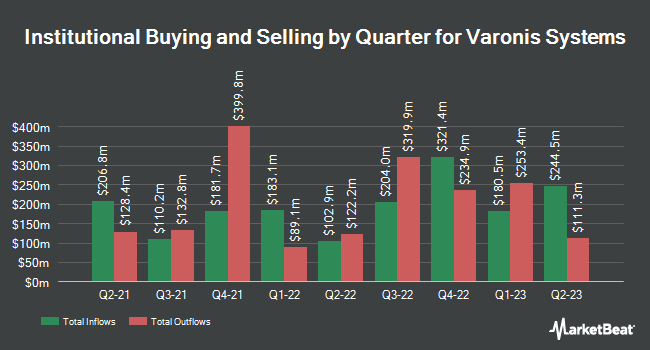