Atlantic Union Bankshares (NASDAQ:AUB) had its price target raised by research analysts at Barclays from $30.00 to $40.00 in a research report issued on Thursday, The Fly reports. The firm currently has an “equal weight” rating on the stock. Barclays‘s price objective indicates a potential upside of 9.29% from the company’s current price.

Atlantic Union Bankshares Corporation operates as the holding company for Atlantic Union Bank that provides banking and related financial services to consumers and businesses. It accepts various deposit products, including checking, savings, NOW, time deposit, and money market accounts, as well as certificates of deposit and other depository services. 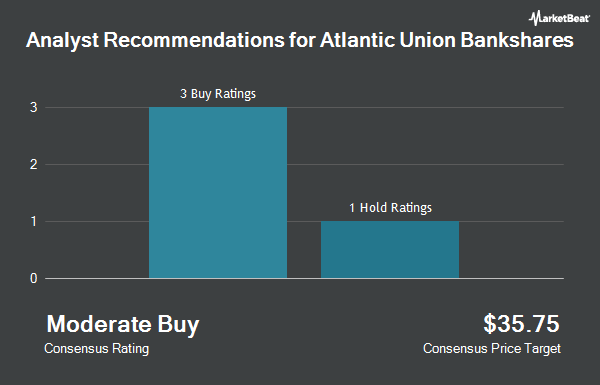 Complete the form below to receive the latest headlines and analysts' recommendations for Atlantic Union Bankshares with our free daily email newsletter: