Benchmark began coverage on shares of Velodyne Lidar (NASDAQ:VLDR) in a report released on Thursday, The Fly reports. The firm set a “buy” rating and a $32.00 price target on the stock. Benchmark’s price target indicates a potential upside of 33.84% from the stock’s previous close.

Velodyne Lidar (NASDAQ:VLDR) last issued its quarterly earnings results on Thursday, November 5th. The company reported ($0.06) EPS for the quarter, topping the Thomson Reuters’ consensus estimate of ($0.18) by $0.12. The business had revenue of $32.10 million during the quarter, compared to the consensus estimate of $30.19 million. On average, research analysts predict that Velodyne Lidar will post -1.64 EPS for the current fiscal year.

Featured Story: Why is a lock-up period needed for an IPO? 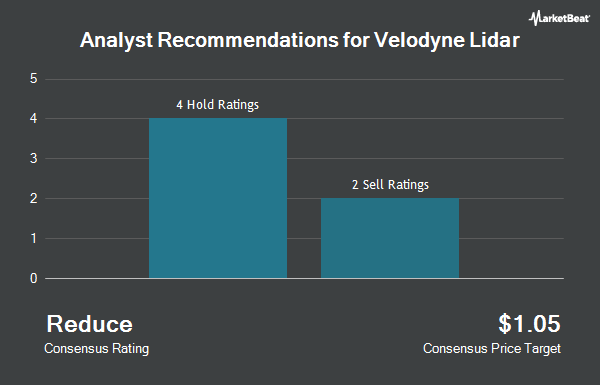 Complete the form below to receive the latest headlines and analysts' recommendations for Velodyne Lidar with our free daily email newsletter: