Ballard Power Systems (NASDAQ:BLDP) (TSE:BLD) was upgraded by investment analysts at TD Securities from a “hold” rating to a “buy” rating in a report released on Tuesday, The Fly reports.

Read More: What are the benefits of investing in REITs? 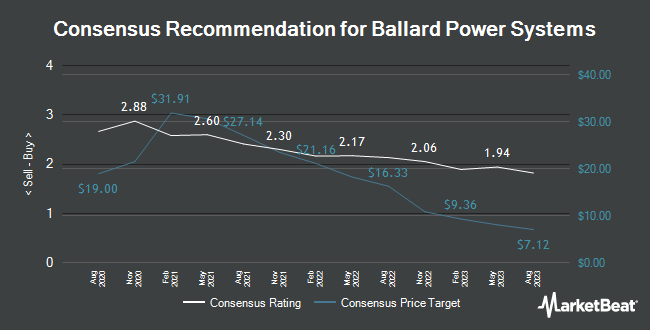 Vishay Intertechnology, Inc. Given Consensus Recommendation of “Hold” by Brokerages

Ardmore Shipping Co. Given Average Rating of “Hold” by Brokerages

Complete the form below to receive the latest headlines and analysts' recommendations for Ballard Power Systems with our free daily email newsletter: