Plug Power Inc. (NASDAQ:PLUG) – Stock analysts at Piper Sandler raised their FY2022 earnings estimates for shares of Plug Power in a research note issued on Monday, April 5th. Piper Sandler analyst P. Hammond now expects that the electronics maker will earn ($0.15) per share for the year, up from their prior estimate of ($0.16).

Plug Power (NASDAQ:PLUG) last announced its quarterly earnings data on Thursday, February 25th. The electronics maker reported ($1.12) EPS for the quarter, missing the consensus estimate of ($0.08) by ($1.04). Plug Power had a negative net margin of 33.75% and a negative return on equity of 37.12%. The firm had revenue of $139.66 million for the quarter, compared to analyst estimates of $84.93 million.

Featured Story: What is a short straddle? 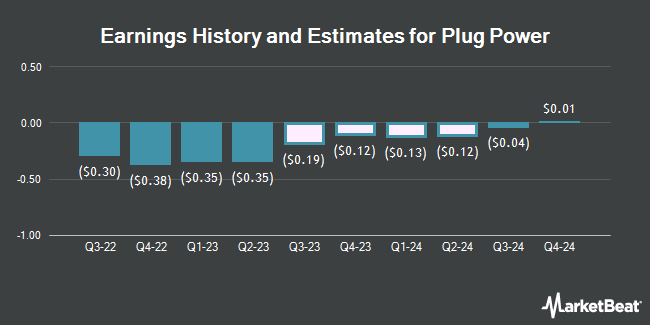 Complete the form below to receive the latest headlines and analysts' recommendations for Plug Power with our free daily email newsletter: