Wells Fargo & Company MN decreased its stake in Napco Security Technologies, Inc. (NASDAQ:NSSC) by 58.3% during the 4th quarter, according to the company in its most recent Form 13F filing with the Securities and Exchange Commission. The fund owned 42,847 shares of the industrial products company’s stock after selling 59,866 shares during the period. Wells Fargo & Company MN owned approximately 0.23% of Napco Security Technologies worth $1,124,000 at the end of the most recent reporting period.

In other news, SVP Michael Carrieri sold 5,834 shares of the company’s stock in a transaction on Monday, March 1st. The stock was sold at an average price of $32.60, for a total transaction of $190,188.40. The sale was disclosed in a document filed with the SEC, which is accessible through the SEC website. 35.70% of the stock is currently owned by company insiders. 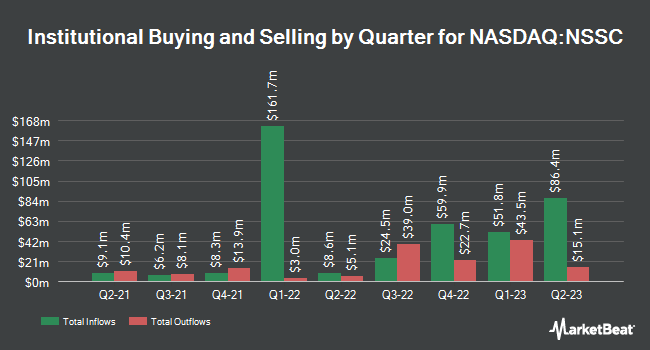 $6.08 Billion in Sales Expected for Danaher Co. This Quarter

Gibson Energy Inc. Given Consensus Recommendation of “Hold” by Analysts

Complete the form below to receive the latest headlines and analysts' recommendations for Napco Security Technologies with our free daily email newsletter: