Wells Fargo & Company MN raised its holdings in shares of Atlantic Power Co. (NYSE:AT) (TSE:ATP) by 6.6% in the 4th quarter, according to the company in its most recent 13F filing with the Securities and Exchange Commission. The firm owned 549,313 shares of the utilities provider’s stock after acquiring an additional 34,072 shares during the period. Wells Fargo & Company MN owned approximately 0.62% of Atlantic Power worth $1,154,000 at the end of the most recent quarter.

Separately, TheStreet raised shares of Atlantic Power from a “d+” rating to a “c” rating in a research report on Thursday, April 1st. Two equities research analysts have rated the stock with a hold rating and two have issued a buy rating to the stock. The stock has a consensus rating of “Buy” and an average price target of $2.37.

Atlantic Power (NYSE:AT) (TSE:ATP) last posted its earnings results on Thursday, March 4th. The utilities provider reported $0.23 earnings per share for the quarter, beating the Thomson Reuters’ consensus estimate of $0.09 by $0.14. The business had revenue of $71.70 million during the quarter. Atlantic Power had a negative return on equity of 15.60% and a negative net margin of 8.26%. On average, research analysts forecast that Atlantic Power Co. will post 0.19 EPS for the current fiscal year.

Atlantic Power Corporation owns and operates a fleet of power generation assets in the United States and Canada. As of December 31, 2019, its portfolio consisted of twenty-one operating projects with an aggregate electric generating capacity of approximately 1,723 megawatts on a gross ownership basis and approximately 1,327 MW on a net ownership basis across eleven states in the United States and two provinces in Canada. 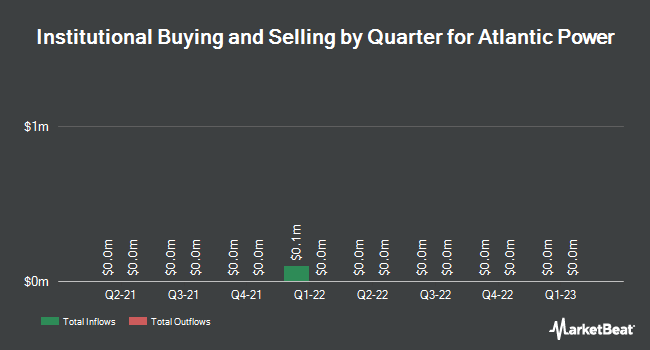 $84.63 Million in Sales Expected for Halozyme Therapeutics, Inc. This Quarter

Complete the form below to receive the latest headlines and analysts' recommendations for Atlantic Power with our free daily email newsletter: