Malibu Boats (NASDAQ:MBUU) announced its quarterly earnings data on Tuesday. The company reported $1.82 EPS for the quarter, beating the Thomson Reuters’ consensus estimate of $1.65 by $0.17, MarketWatch Earnings reports. The firm had revenue of $273.16 million for the quarter, compared to the consensus estimate of $255.13 million. Malibu Boats had a net margin of 10.09% and a return on equity of 28.93%. The company’s revenue was up 49.8% on a year-over-year basis. During the same period last year, the firm earned $1.13 EPS. Malibu Boats updated its FY 2021 guidance to – EPS.

Featured Article: What is required to own or exchange cryptocurrency? 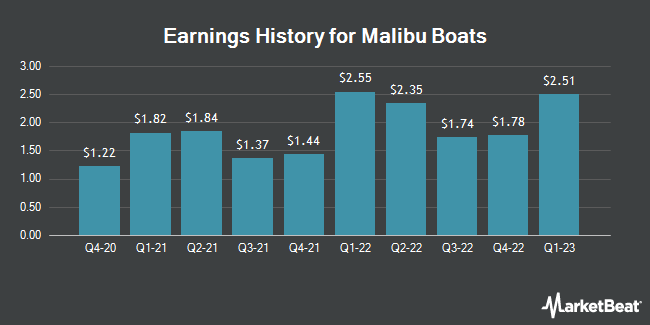 Mobilian Coin Trading Down 9.3% This Week

Complete the form below to receive the latest headlines and analysts' recommendations for Malibu Boats with our free daily email newsletter: