Veracyte (NASDAQ:VCYT) issued an update on its first quarter 2021 earnings guidance on Tuesday morning. The company provided earnings per share (EPS) guidance of – for the period. The company issued revenue guidance of $36 million-$37 million, compared to the consensus revenue estimate of $32.03 million.

Veracyte (NASDAQ:VCYT) last issued its quarterly earnings data on Wednesday, February 17th. The biotechnology company reported ($0.14) earnings per share for the quarter, missing the Zacks’ consensus estimate of ($0.09) by ($0.05). Veracyte had a negative net margin of 30.46% and a negative return on equity of 12.27%. The firm had revenue of $34.54 million for the quarter, compared to analysts’ expectations of $34.53 million. As a group, equities analysts expect that Veracyte will post -0.61 earnings per share for the current year.

In related news, insider Giulia C. Kennedy sold 52,015 shares of the firm’s stock in a transaction on Thursday, March 4th. The shares were sold at an average price of $49.36, for a total value of $2,567,460.40. Following the completion of the transaction, the insider now directly owns 80,082 shares of the company’s stock, valued at $3,952,847.52. The transaction was disclosed in a legal filing with the SEC, which is available at the SEC website. 8.30% of the stock is owned by corporate insiders.

Veracyte, Inc operates as a genomic diagnostics company in the United States and internationally. The company offers Afirma Genomic Sequencing Classifier and Xpression Atlas, which are used to identify patients with benign thyroid nodules among those with indeterminate cytopathology results in order to rule out unnecessary thyroid surgery; Percepta Genomic Sequencing Classifier for lung cancer diagnosis; Envisia Genomic Classifier that help physicians to differentiate idiopathic pulmonary fibrosis from other interstitial lung diseases without the need for surgery; and Prosigna Breast Cancer Prognostic Gene Signature Assay test that informs next steps for patients with early-stage breast cancer, as well as provides cancer subtype classification information. 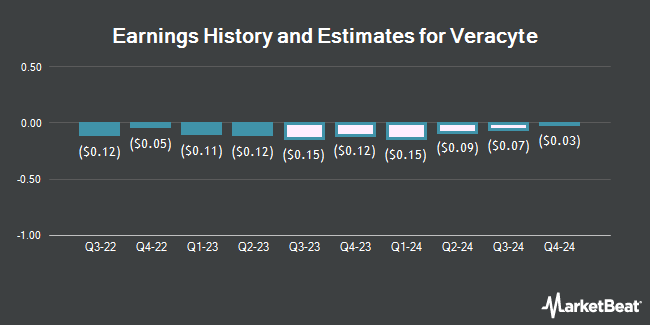 Receive News & Ratings for Veracyte Daily - Enter your email address below to receive a concise daily summary of the latest news and analysts' ratings for Veracyte and related companies with MarketBeat.com's FREE daily email newsletter.

Complete the form below to receive the latest headlines and analysts' recommendations for Veracyte with our free daily email newsletter: