Emera (TSE:EMA) last issued its earnings results on Wednesday, August 11th. The company reported C$0.54 EPS for the quarter, meeting the Zacks’ consensus estimate of C$0.54. The company had revenue of C$1.14 billion during the quarter, compared to analyst estimates of C$1.21 billion. Analysts expect that Emera will post 3.0799998 EPS for the current fiscal year.

Emera Incorporated, an energy and services company, through its subsidiaries, engages in the generation, transmission, and distribution of electricity to various customers. The company operates through Florida Electric Utility, Canadian Electric Utilities, Other Electric Utilities, Gas Utilities and Infrastructure, and Other segments. 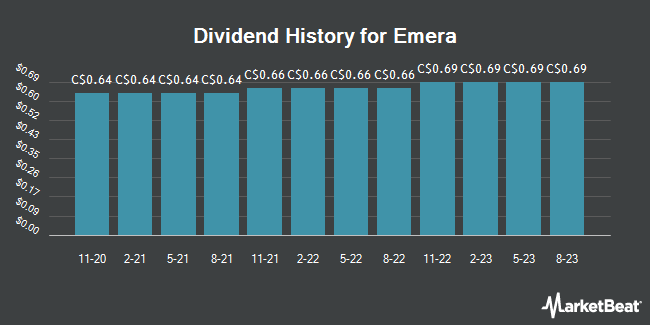 Receive News & Ratings for Emera Daily - Enter your email address below to receive a concise daily summary of the latest news and analysts' ratings for Emera and related companies with MarketBeat.com's FREE daily email newsletter.

Complete the form below to receive the latest headlines and analysts' recommendations for Emera with our free daily email newsletter: