Separately, Royal Bank of Canada raised shares of Shaw Communications from a “sector perform” rating to an “outperform” rating in a research note on Monday, November 8th. Three research analysts have rated the stock with a hold rating and four have given a buy rating to the company. According to MarketBeat, the company presently has an average rating of “Buy” and a consensus target price of $35.42.

A hedge fund recently bought a new stake in Shaw Communications stock. LPL Financial LLC purchased a new position in Shaw Communications Inc. (NYSE:SJR) (TSE:SJR.B) during the 3rd quarter, according to the company in its most recent disclosure with the Securities and Exchange Commission. The firm purchased 34,064 shares of the company’s stock, valued at approximately $989,000. Institutional investors own 55.70% of the company’s stock.

Shaw Communications, Inc engages in the provision of cable telecommunications and satellite video services. The company was founded by James Robert Shaw on December 9, 1966 and is headquartered in Calgary, Canada. 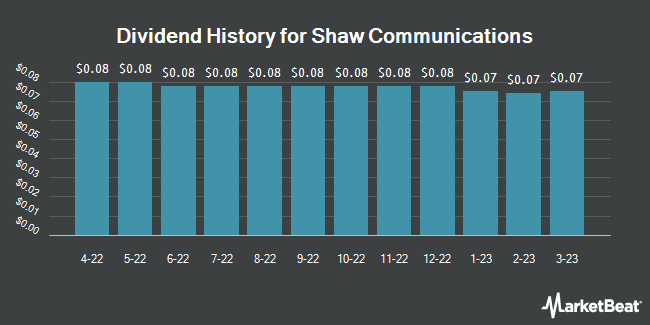 Complete the form below to receive the latest headlines and analysts' recommendations for Shaw Communications with our free daily email newsletter: