Lord Abbett & CO. LLC reduced its position in shares of Discovery, Inc. (NASDAQ:DISCA) by 1.8% in the third quarter, according to the company in its most recent disclosure with the Securities and Exchange Commission. The firm owned 628,190 shares of the company’s stock after selling 11,460 shares during the period. Lord Abbett & CO. LLC owned 0.12% of Discovery worth $15,943,000 as of its most recent SEC filing.

In other news, Director John C. Malone sold 320,000 shares of the company’s stock in a transaction that occurred on Tuesday, November 30th. The shares were sold at an average price of $22.88, for a total value of $7,321,600.00. The sale was disclosed in a legal filing with the Securities & Exchange Commission, which is available at this hyperlink. 5.57% of the stock is owned by corporate insiders.

Discovery (NASDAQ:DISCA) last issued its quarterly earnings results on Wednesday, November 3rd. The company reported $0.24 EPS for the quarter, missing the consensus estimate of $0.40 by ($0.16). The firm had revenue of $3.15 billion for the quarter, compared to the consensus estimate of $3.14 billion. Discovery had a net margin of 10.42% and a return on equity of 11.62%. The business’s revenue for the quarter was up 23.0% on a year-over-year basis. During the same quarter in the previous year, the company posted $0.81 earnings per share. As a group, sell-side analysts expect that Discovery, Inc. will post 2.78 earnings per share for the current fiscal year.

Discovery, Inc is a media company, which engages in the provision of content across distribution platforms and digital distribution arrangements. It operates through the following segments: U.S. Networks and International Networks. The U.S. Networks segment owns and operates national television networks such as Discovery Channel, Animal Planet, and Investigation Discovery and Science.

Featured Story: Understanding each part of a balance sheet 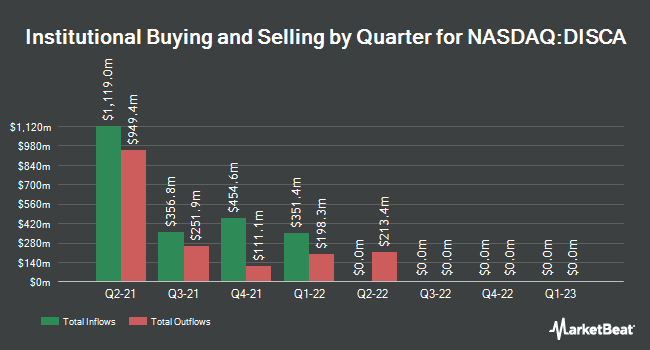