Russell Investments Group Ltd. raised its position in shares of Goosehead Insurance, Inc (NASDAQ:GSHD) by 41.6% in the third quarter, according to the company in its most recent disclosure with the Securities & Exchange Commission. The firm owned 55,665 shares of the company’s stock after acquiring an additional 16,340 shares during the period. Russell Investments Group Ltd. owned approximately 0.15% of Goosehead Insurance worth $8,476,000 at the end of the most recent quarter. 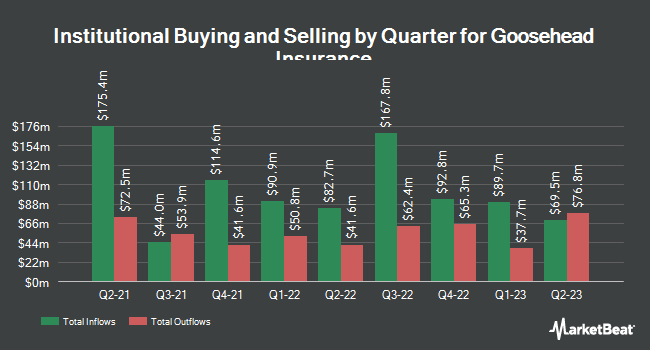 STARSHIP Price Down 37.8% This Week

Complete the form below to receive the latest headlines and analysts' recommendations for Goosehead Insurance with our free daily email newsletter: