The Liberty SiriusXM Group (NASDAQ:LSXMA – Get Rating) had its price objective decreased by Deutsche Bank Aktiengesellschaft from $79.00 to $76.00 in a research note released on Tuesday morning, The Fly reports.

In other news, major shareholder Gamco Investors, Inc. Et Al acquired 5,000 shares of The Liberty SiriusXM Group stock in a transaction that occurred on Wednesday, April 20th. The stock was purchased at an average cost of $28.02 per share, with a total value of $140,100.00. Following the completion of the acquisition, the insider now owns 5,000 shares in the company, valued at approximately $140,100. The transaction was disclosed in a legal filing with the Securities & Exchange Commission, which is accessible through the SEC website. Insiders bought a total of 12,000 shares of company stock valued at $328,850 over the last three months.

The Liberty SiriusXM Group, through its subsidiaries, engages in the entertainment business in the United States and Canada. It features music, sports, entertainment, comedy, talk, news, traffic, weather channels, podcast, and infotainment services through proprietary satellite radio systems, as well as streamed through applications for mobile and home devices, and other consumer electronic equipment. 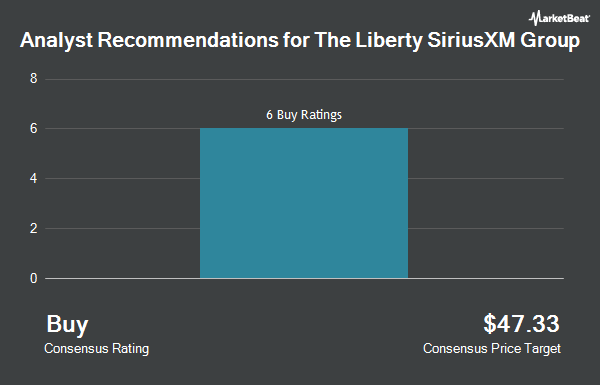 Complete the form below to receive the latest headlines and analysts' recommendations for The Liberty SiriusXM Group with our free daily email newsletter: