CAPROCK Group Inc. lifted its stake in shares of New Relic, Inc. (NYSE:NEWR – Get Rating) by 40.8% during the first quarter, according to the company in its most recent 13F filing with the SEC. The firm owned 17,219 shares of the software maker’s stock after purchasing an additional 4,987 shares during the quarter. CAPROCK Group Inc.’s holdings in New Relic were worth $1,152,000 as of its most recent SEC filing.

New Relic (NYSE:NEWR – Get Rating) last announced its earnings results on Thursday, May 12th. The software maker reported ($0.84) earnings per share (EPS) for the quarter, topping the consensus estimate of ($0.88) by $0.04. New Relic had a negative return on equity of 74.08% and a negative net margin of 31.88%. The firm had revenue of $205.75 million during the quarter, compared to analyst estimates of $204.92 million. Research analysts anticipate that New Relic, Inc. will post -2.77 EPS for the current year.

New Relic, Inc, a software-as-a-service company, delivers a software platform for customers to collect telemetry data and derive insights from that data in a unified front-end application. It offers a suite of products on its open and extensible cloud-based platform, which enables users to collect, store, and analyze telemetry data. 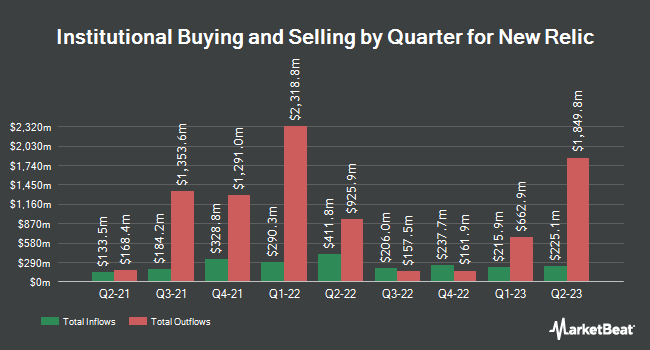 Complete the form below to receive the latest headlines and analysts' recommendations for New Relic with our free daily email newsletter: