The United States of America stands out as the leading economic powerhouse globally; a reputation it has held for several centuries now. The assumptions most people often have; especially those who have lived in the US, is that the whole of the US is equally developed with citizens having equal access to quality service delivery both from the private and public sectors. However, this perception is flawed due to the fact that the US is made up of 50 different states, and the District of Columbia; with all having different economic growth rates and attracting investors in the private sector for different reasons.

The differences in economic development levels for the different states result to unequitable distribution of key services to the different states based on their financial attractiveness. The financial services sector cuts across all the states in the US, and an understanding of the factors behind the uneven distribution of the service providers among the states is of prime importance to business decision makers and individuals alike.

Financial services providers who include banks, insurance companies and investment banks among others; are always out to maximize returns for their shareholders. For those financial services providers who are listed at the stock markets across the country, their quarterly and annual reports are always scrutinized thoroughly by investors and they have to keep up with the expectations of Wall Street analysts. To ensure that these companies keep reporting good returns and improve on their performance; management is forced to ensure that they strategically locate their businesses in places where they are able to get their target clients in large numbers. This is meant to help them maximize their sales volumes and beat their competitors within their specific sector and grow their market shares. In pursuit of places with huge numbers of potential customers, financial services providers therefore open different number of branches in different cities across the country.

A case of home warranty services

Beyond the population of each state, financial services providers go further to analyze the population to determine whether the people living in those states are their typical clients before investing heavily in branches in those states.  In this regard, one state could be more lucrative for banks while it is less lucrative for insurance companies and investment banks. For instance, most of the people living in USA top states for home warranty such as Texas and Maryland own their own houses as compared to the number of people living in apartments. This then creates a good business case for home warranty services providers; since home owners with large houses are most likely to prioritize home warranties in their household budgets to cover their systems and appliances.

On the other hand, for states where most of the people live in apartments, home warranty may not be a priority since they do not own the whole apartment. In addition, for people living in rented apartments, they can always move into a different apartment if their current one undergoes significant wear and tear. This however creates a bias for some cities and states where majority of the population live in apartments; and the few who own homes are not able to access the home warranty services from a city closer to them.

A case of commercial and investment banking

The same scenario experienced in the home warranty services cuts across all other sectors within the financial services industry. For the banking sector, both in commercial banking and investment banking, the biases in the number of branches in different states also comes out clearly; with New York being the preferred state and city. New York is regarded to be the financial epicenter of the US, and second only to London at the global level. With many multinationals such as Pfizer and Atlantic Express having their headquarters and branches in New York, there is a lot of money flowing within the state; hence the reason it attracts huge numbers of bankers. Leading commercial banks based in New York include JP Morgan Chase, Citigroup and Bank of America Merrill Lynch among others. 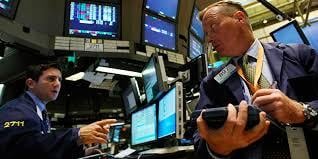 A high number of high net worth individuals such as President Trump himself and Mayor Michael Bloomberg have made New York their home. In pursuit of these investors’ funds for management, investment bankers set shop near them to help them m anage their portfolios from closer home. Therefore, it is not by coincidence rather by design that Wall Street and a number of leading investment banks and fund managers including BlackRock and Apollo Management are located in New York.

Complete the form below to receive the latest headlines and analysts' recommendations for your stocks with our free daily email newsletter: